The European Green Crab is a non-native species that is invasive throughout the coastal areas of North America, but has not yet arrived in Alaska. Some of the habitats that they thrive in include rocky shores, beaches, sandy areas, and intertidal marshes. These invasive marine crustaceans are able to tolerate a wide range of temperatures and salinities of water, and it is thought that as climate change warms the waters of Alaska, the presence of European green crabs will become a more substantial and pressing threat to local ecosystems.

In summer 2020 they were detected as far north as Haida Gwaii, British Columbia, just across Alaska’s southeastern boundary, and too close for comfort. The main way they get introduced into habitats which they are not native to, like many other invasive species, is through the ballast water of ships. They are known to aggressively consume juvenile salmon and juvenile king crab, and compete with Dungeness and red crabs for food and habitat. Their presence in Alaska could endanger important aquaculture livelihoods, including clams, oysters, mussels, and other small marine creatures the European green crab prey upon. In order to prevent this, it is important to monitor for invasive species, ensuring they do not set up an established population in Alaskan waters. To learn more, check out this NOAA Fisheries article: Using eDNA to Monitor Alaskan Waters for Invasive European Green Crabs.

European green crab can be identified by a dark brown to dark green shell, with small splotches of yellow. To know for sure if it is a European green crab, count the spines along the anterior side of the shell. There should be 3 distinct bumps between the eyes, and 5 along the sides of the shell under the pincher arms. If you find a European green crab, gather it in a container and keep with the date and location you found it, and report it to your local Fish and Game office. For more information, you can call the Alaska Department of Fish and Game at 1-877-INVASIV (1-877-468-2748). Interested in volunteering to protect Alaska from harmful marine species? Contact Kachemak Bay National Estuary Research Reserve to learn about their community monitoring programs. 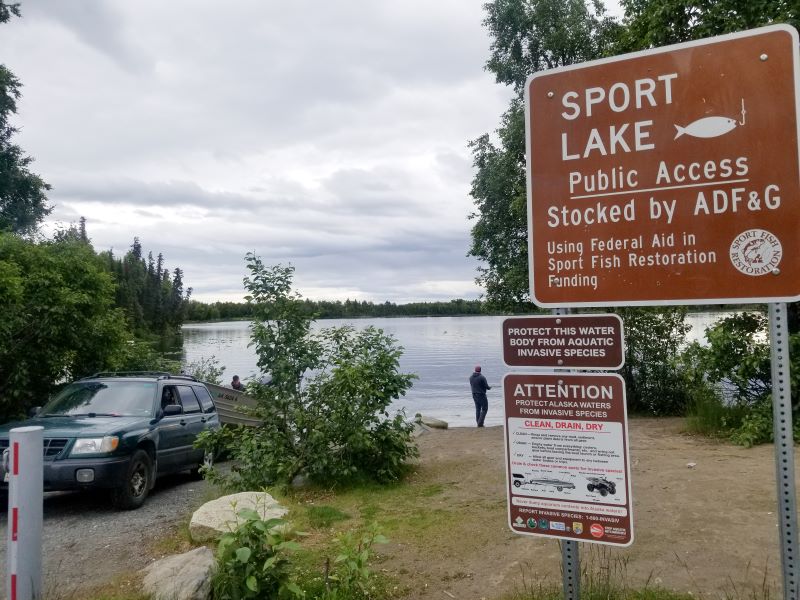 Zebra mussels have hitch-hiked their way to Alaska via a very unlikely suspect: MOSS BALLS!